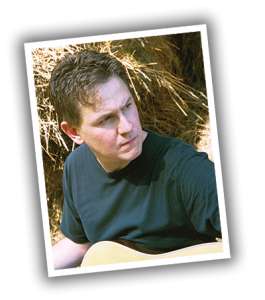 A native of Kentucky, Nashville recording artist Dwain Messer has had a life long passion for music.

He started studying music in public school and then actively pursued music while attending college by playing with various bluegrass and country bands. He also performed gospel music in a group with his mother, father, and other family members. But, he always nourished a real love for country music, and after graduating from Morehead State University, he formed his own band and began performing his own written music.


Dwain has performed in front of audiences as large as 30,000 people while opening for a number of nationally known country acts, including Lee Ann Womack, Kenny Chesney, Terri Clark, Clay Walker, Bryan White, Ricky Van Shelton, T Graham Brown, Gene Watson, Exile, Shenandoah and others. Along the way his fan base has grown dramatically and internationally. His fan base stretches from Mexico to Illinois to Beijing, with his music getting airplay in Europe. In May of 2006, the single release “Surrender” from his self-titled, Ncrowd Music Group, Debut CD, hit number 36 on the top 40 throughout all of Europe on the European Country Music Association Charts. And in January of 2006, he also scored a number one hit, (“The Picture in the Mirror”) from that same CD, in the country of Austria. He continues to write his own songs, and co writes, in Nashville, and performs live in the United States.


Influenced by artists such as Vince Gill, Merle Haggard, Ricky Skaggs, Keith Whitley, and the Beatles. Dwain was one of only eight contestants in America to be selected for The Family Channels Wild Wild West and Atlantic Records search for new talent.


“This has become a journey that has been fun and memorable and I’m still trekking on and meeting many wonderful people, songwriters, artists, and the people from the Nashville community who work so hard in this business. Along the way I’m happy to say I’ve developed some great friends who’ve also become fans of my music.”


“The Past, Present, and Future of Country Music”


“To listen to Dwain Messer is to hear the past, present, and future of country music wrapped up in one extraordinary expressive voice. I believe in this guy. When you hear him, you will too. Kentucky strikes again.”